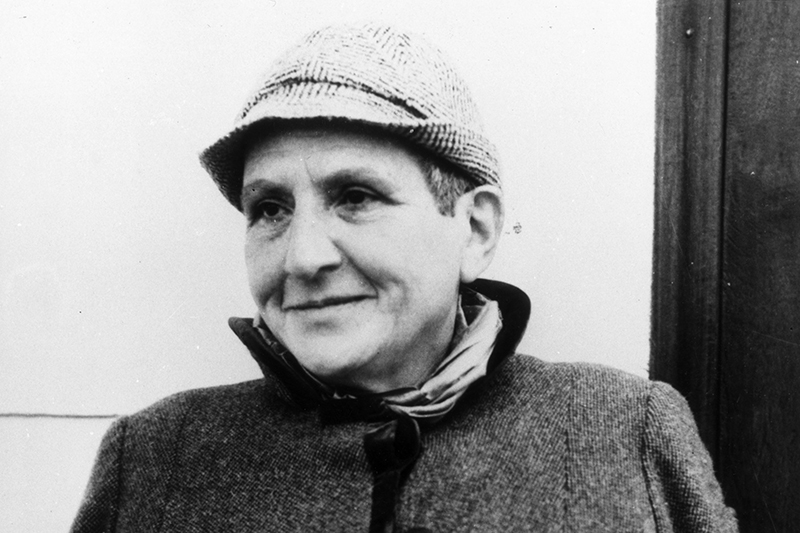 As part of our ongoing project Nos queda la palabra (in English, “The words remain”), we recently published a photograph of Gertrude Stein, accompanied by the phrase, “Majorca is a paradise – if you can stand it”.

Since this quote has struck some people as a curious choice as well as being a complete departure from the law and judiciary-themed quotes that preceded it, I felt some kind of explanation was called for.

The enigmatic words belong to Gertrude Stein, an American novelist who was born in the last third of the 19th century. She moved to Paris in 1903, living in Europe, specifically France, until her death in the middle of the last century. Stein became a cult figure, an influential trend-setter who actively promoted and encouraged contemporary art, and the Stein salon became the most sought-after gathering place for the cosmopolitan Paris intelligentsia. Director Woody Allen pays tribute to it in his film Midnight in Paris, in the memorable dialogue between Gertrude (magnificently played by Kathy Bates) and a timorous Pablo Picasso (characterized by the Franco-Argentine actor Marcial Di Fonzo Bo).

The story goes that the British writer Robert Graves, after writing the novel Goodbye to All That, an autobiography of the first part of his life, had made up his mind to leave England and visited the American at her home in Paris to ask her what she thought of the several options for a permanent home that he was considering at the time: Switzerland, South of France, North Africa and Majorca. In the course of the conversation, Stein uttered the cryptic phrase. Graves heeded her words and moved to Majorca, where he lived in Deià for almost half a century until his death.

Gertrude Stein and her life partner Alice B. Toklas had visited Majorca on two occasions: the first time before the outbreak of the Great War, in the summer of 1914; and the second, in the middle of the war, in 1916, when they were received by the painter William Cook and stayed for more than six months in El Terreno, a tiny village or llogaret near Palma, which was much favoured by artists, creators, bohemians and inveterate travellers. They both liked Majorca, hence Stein’s now famous reply to Graves’s question.

But what is the meaning behind her enigmatic words? The most plausible explanation is that, though Majorca was a physically idyllic location, its lifestyle – provincial, unsophisticated, village-like, slow and narrow – would be enough to dissuade anyone from making a permanent home on the island. Also worth a mention in this connection is the novelist George Sand, whose scathing criticisms in her well-known travel novel A Winter in Majorca portrayed the people of Majorca in a very unflattering light.

That said, imagination is free: let anyone make of the remark what they will.

For my part, I prefer to take it quite literally and state that yes, Majorca is a paradise, if those of us who live in it make the unwavering commitment to do everything we can to see that it remains so; and, frankly, given the times we live in, we have no easy task ahead of us.

So, to bring that superlative definition up to date, we could say, “Majorca will remain a paradise if we commit to keeping it that way”.

These were the reflections behind the choice of the famous remark by Gertrude Stein, whom we thank for the affection she showed to Majorca.