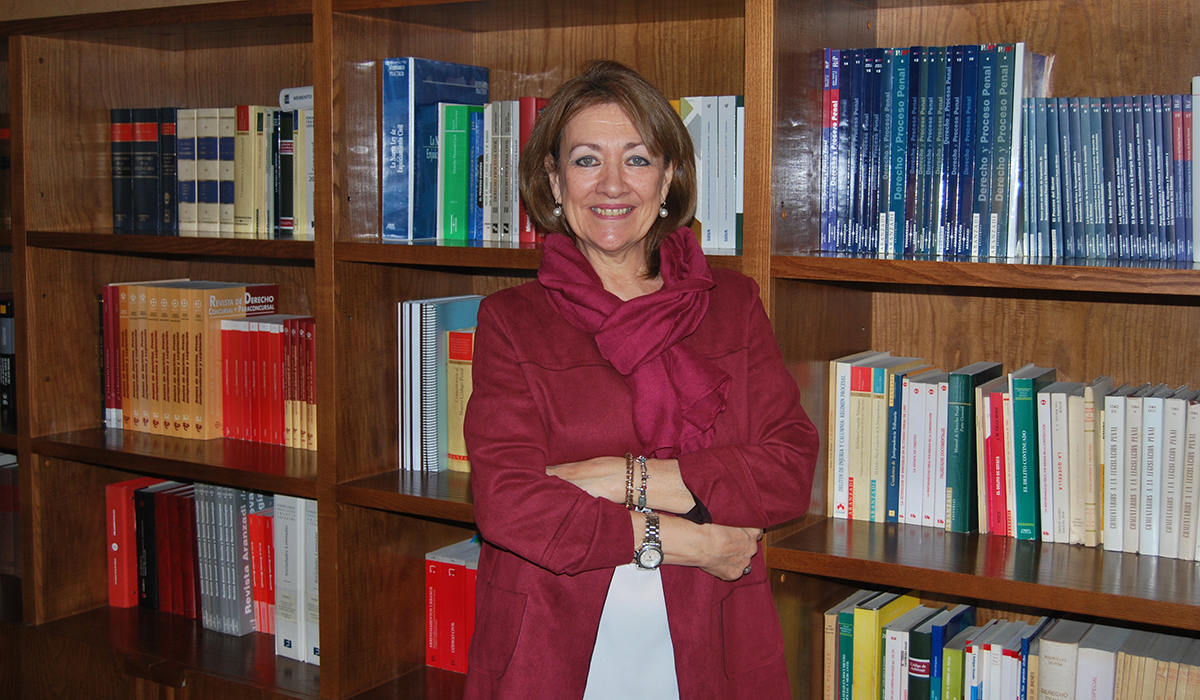 Interview with Queta Amengual, Head of Administration of Bufete Buades, recently retired with a career of more than three decades behind her at the firm

1986 was in swing when Queta Amengual entered Bufete Buades for the first time to work with the office. At that moment, “Who could have known that this would be my home for more than three decades?” recalls the woman who was its financial director over the last decades. For Amengual, this whole timespan was a very important life experience. “Thirty-two years of my life have gone by, during which I loved my work at the firm. A lot.”

Halfway through the 1980s, Queta enjoyed a comfortable, stable placement in a government agency that, in her own words, was monotonous. “A mutual friend told me that the firm was looking for someone who could help them out in the afternoons. I was interested in increasing my earnings, so I said yes. One year later, in 1987, they offered me a full-time contract and I didn’t even think twice about it. That didn’t go over so well with my family because of the uncertainty that comes with leaving a stable job that you basically have for life to go to an unknown job in the private sector, but I had already made the decision. I knew what I wanted,” relates the Majorca native. Feeling motivated about your work and living with that essential professional tension that helps you to solve problems and face the challenges set in front of you is too sweet a joy not to jump for “I learned a lot, jumped both feet first into work and I developed a very close relationship with Joan and Teresa from the very start. I liked going to work every day and my family felt that right away. They soon forgot their fears about having left my old job,” Queta recalls clearly. Neither has she forgotten that she worked together with Antonio Tugores, who had joined the firm barely a fortnight beforehand and with whom she “really hit it off”.

Her life reached a turning point with the arrival of her first daughter. Our protagonist tells the story: “My old company offered me the option of coming back to help balance my career with maternity leave. I presented the idea to the firm because I didn’t want my obligations as a mother to be a burden to them. They told me to put it out of my head, that they wanted me to stay. They offered me part-time work so that I could balance it with my personal life. That was when it was absolutely proven to me that they were truly great people, and most of all, how much I really liked them. I decided to turn down the first offer and stay with them.”

All of this came to pass when the Bufete Buades offices were still located on Sant Miquel street in Palma. The change of headquarters to Jaume III came with the 90s, and with it, the growth of the office staff, progressively integrating new members into the management and legal teams. After a growth period, the firm consolidated during the first decade of the 21st century, which simultaneously meant a large professional change for Queta Amengual in the company. “Teresa was going to stop taking on the office’s financial duties and Joan suggested that I take over responsibility for management. I didn’t know anything about managing the financial part of a company, nor about the responsibilities involved in management, but I loved the proposal and, even if it frightened me, I accepted with it all of the excitement and energy I could muster. I put my heart and soul into learning to understand and appreciate my new work, to learn the language and know the concepts so I could perform my new tasks with ease, respond positively and maintain the trust they had placed in me,” explains Bufete Buades ex-manager.

When we ask what she’s taking away from all of these thirty-plus years of professional association with the firm, Queta doesn’t hesitate for a second: “Personally speaking, I won’t ever forget the immense love and respect that my father felt for Teresa and Joan. He was so thankful for the opportunity that they gave me… If I had to hold on to a challenge, the biggest one would be having had to learn everything from scratch about numbers and the firm’s accounting, no doubt about it. And in terms of general memories, what comes to mind when I think of Bufete Buades, and I wouldn’t give it up for anything, is the absolute camaraderie and teamwork over my long career with the firm, I think. My colleagues have been and continue to be, for me, friends. Very, very good friends. And, of course, I’ll take away the memory of how well I got along with the majority of clients that, still today, if we pass each other in the street, they stop to say hello. This is my summary of the best memories I’m taking away from my thirty-two years in the office.”